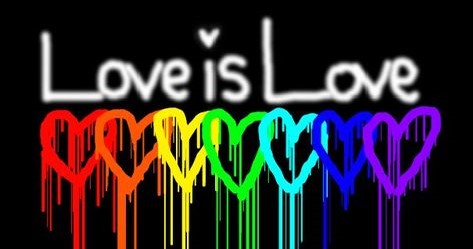 This is the first part of a three-part blog series that explores LGBT+ inclusion: key myths, facts, barriers and enablers. I’m focusing on what you need to know and to do as a leader to create an LGBT+ – friendly culture.

LGBT+[1] (lesbian, gay, bisexual, transsexual) inclusion is one of the tabooest inclusion and diversity topics. It’s also been described as the litmus test for how truly inclusive an organisation is of all types of diversity.[i]

There are strong views in our societies regarding sexuality and religious belief systems that disapprove of homosexuality. This means that you can be at risk if you are, or are perceived as, an LGBT+ person.

Often when I make presentations or facilitate trainings on this subject, I can sense people’s discomfort in their giggling or in their explicit objections, such as “Why talk about your sex life at work? It’s nobody’s business.” Some are even afraid I might ask them what their sexual orientation is. People confuse sexual orientation and sex life and think LGBT++ inclusion is about counting the number of LGBT++ people.

For LGBT+ people, an inclusive culture allows them to relax, be authentic and fully engage at work. Your key objective as an inclusive leader is to create a safe space where, regardless of whether someone is out or not, they are assured that it wouldn’t be an issue if they were.

The number of LGBT+ people

The number of LGBT+ people who come out

Only a minority of people come out. In the UK, for instance, only 33 percent of gay men, 23 percent of lesbians, and 12 percent of bisexual people are out at work.[iii]

The number of suicidal attempts amongst LGBT+ people

The number of suicidal attempts is staggering high for LGBT+ people compared with the overall population. For instance, 4.6 percent of the overall US population has self-reported a suicide attempt. This number climbs to 20 percent for lesbian, gay or bisexual respondents, and up to 41 percent for transgender respondents.[iv]

One key myth about LGBT+

Only eight percent of the lesbian and gay population fit the majority stereotype of what a lesbian or gay person looks or acts like.[v] A man can be feminine without being gay; a woman can be masculine without being lesbian. Transsexual and intersexual individuals can also have ambiguous looks.

[1] The LGBT+ (lesbian, gay, bisexual, transgender) term is evolving. Some say LGBTQI, where the Q refers to “queer or questioning” and the I refers to intersexual people. For simplicity sake, I’ll refer to LGBT+.

[i] Managers Guide to LGBT+I inclusion, Pride in Diversity, 2013.