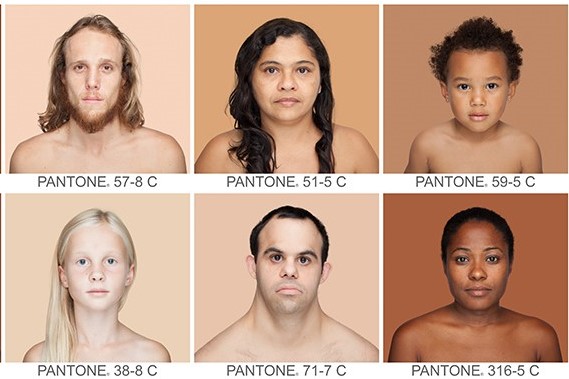 This is the third  part of a four-part blog series that explores ethnic diversity: key concepts, facts, myths, barriers and enablers. My intention is to equip you with the right knowledge and tools to succeed in building and engaging an ethnically diverse team, without alienating the ethnic majority. Another series will follow specifically about religious diversity.

Racial bias is pervasive in most societies. For instance, the compiled results of Harvard’s Implicit Association Test showed that around seventy percent of Europeans, Americans, and Britons have a racial bias.[i] In Australia, 33 percent of workers are opposed to increased levels of ethnic diversity in their workplace.[ii]

2- Discomfort to talk about race and ethnicity

Talking about race is perceived as divisive and as discriminatory. That’s why many people say they are “colourblind.” The problem with being “colourblind”—aside from the fact that we’re not really—is that it is really a white privilege to be able to ignore race.[iii] If you’re from an ethnic minority, you know there’s a difference in treatment. I have a friend who’s the chief editor of a major economic journal in France. He told me that when there’s a police control in the underground, he’s often controlled. He’s black. The discomfort is also worsened by the fact that there’s a lack of consensus about the terminology to use, even amongst ethnic minorities. A French study showed that the more you associate a group with negative stereotypes, the more taboo it becomes to name that group. For instance, it’s OK to talk about Asians but more problematic to talk about Arabs.[iv] In the UK, a recent report was released referring to “people of colour,” provoking quite negative reactions from experts. Yet, daring to start the conversations and talk about the “elephant in the room” is what most business leaders and experts recommend nowadays.[v] It’s the intent behind the words that matter. In a company I worked for, employees didn’t know how to engage in conversations with colleagues from ethnic minorities. Learning that a good conversation starter was What’s your cultural heritage? (as opposed to Where do you come from?) made a big difference.

Many white people, especially if they are unhappy with their status, tend to see ethnic diversity initiatives as an unfair advantage and preferential treatment. Some talk about “reverse racism or discrimination.” A 2011 survey found that the average white American believes they face more racial bias than African Americans.[vi]  There seems to be a denial of white privilege, coupled with a lack of awareness about the real barriers faced by ethnic minorities. As the Nigerian author Chimamanda Ngozi Adichie puts it, however bad your economic situation is as a white person in the US, if you were black, it’d be even worse.[vii] This is coupled with a misunderstanding of what inclusion means, i.e., removing the biases that prevent us from focusing on talent, rather than forgetting about talent to focus on people’s ethnicity. That’s why it’s important to make it clear that ethnic diversity is about having a mix of all ethnicities, not only people from ethnic minorities. In the same way that gender balance is about having both men and women in a team, and not only women.

4- Difficulties in measuring and monitoring

In the business world, it’s difficult to manage what you cannot measure.  For different cultural and historical reasons, it’s legally difficult, if not impossible, to measure people’s ethnicity in the workplace in most countries. The US and the UK are exceptions. And even in such countries, the data is not used as it should be. I’ve worked with an American organisation that kept diversity data completely secret to avoid litigation, even from senior leaders. I’ve also worked with British companies that didn’t make an effort to collect and analyse the ethnic data available.

Many companies tend to recruit only from elite universities and business schools. They fail to tap into institutions whose students have a much broader ethnic and social background. In addition, we tend to choose candidates whose degrees and professional experiences we are familiar with. Thus, we overlook foreign candidates with credentials and qualifications from other countries.

It’s very hard not to internalise the negative stereotypes that the society and the media disseminate about people from ethnic minorities. The lack of positive role models also influences one’s belief in succeeding. Thus, many people from ethnic minorities give up before even trying. They say to themselves, This is not for me; I’ll never make it, and they also hear from others surrounding them, This is not for you. My husband’s friend, a Martinican living in the suburbs of Paris, was discouraged by most of his teachers to pursue his studies. Fortunately, he met a tutor who believed in him, and this changed the course of his life.

People from ethnic minorities tend to know fewer people with the influence to hire or to promote, or with the knowledge about the hiring and promotion opportunities. That’s why so many proactive organisations provide ethnic minority employees or ethnic minority students with mentors that can broaden their network of contacts.

[ii] Ethnic diversity in the workplace ‘tolerated but not embraced’, The Australian, November 2016.

[vi] Carola Hoyos and Farva Kaukab, Should we focus more on race or less? Financial Times, May 2016.