How can you light the fire of inclusion?

Déclic International / Inclusive Leadership  / How can you light the fire of inclusion?
2

How can you light the fire of inclusion? 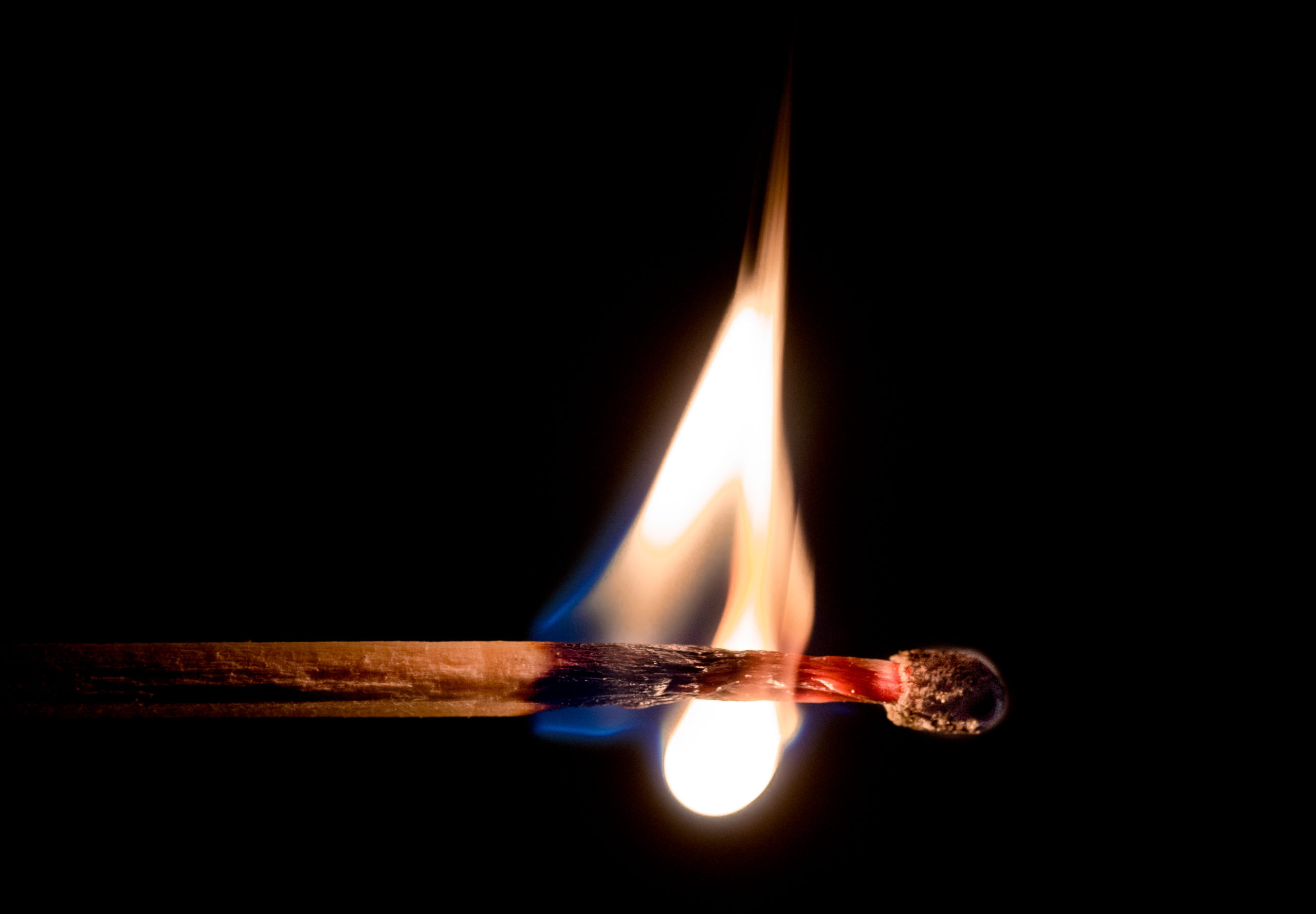 Sometimes if you want to see a change for the better, you have to take things into your own hands.”

This is the third and last part of a three-part blog series about the three signature skills of inclusive leaders, i.e., leaders capable of attracting, inspiring and influencing people of all genders and ages, with different cultures, abilities and lifestyles.

Imagine a boat. This boat is your team, and the boat propeller is you, the inclusive leader. For a propeller to work properly, it needs at least three blades. Similarly, as an inclusive leader you need to consistently apply three skills: fairness, empathy, and proactivity. By doing so, you’ll take your boat, or your team, very far. You’ll navigate human differences smoothly. This is what I called the “Inclusive Leadership Propeller Model ©”. In our last posts, we explored how to give life to fairness and empathy, this post is about how to be proactive.

Proactivity – Are you accelerating positive change?

Are you ready to wait until 2186 for the world to achieve gender equality? That’s the date by when, according to The World Economic Forum, we will achieve gender parity if we continue to progress at the same pace.[i] I have no reason to believe the predictions would be any better for other diversity dimensions.

That’s why an inclusive leader ought to be proactive and take initiatives to accelerate change. This doesn’t mean doing “positive discrimination” or “reverse discrimination.” Positive discrimination happens when you decide that for a given position, you’ll hire or promote someone from a minority group, regardless of skills and competence. This is a big mistake. You should never sacrifice your standards. Hiring or promoting someone only because she or he belongs to a minority group is unfair and counterproductive, with negative consequences for everybody involved. That said, it’s possible, in many countries, to favour a candidate who will add more diversity to a group, if he or she qualifies for the job as much as other candidates.

This is an example of “positive action.” Positive action is key to counteract the ubiquitous influence of unconscious bias. It’s key not “because of past wrongs done to one group or another, but because of the everyday wrongs that we can now document are inherent in the ordinary everyday behaviour of good, well-intentioned people.”[ii]

Being proactive also means taking risks without lowering your standards. When you’re looking for candidates with different backgrounds, you might not find people with exactly the same career path as the candidates you’re used to. Maybe you’ll find people in other industries, or with other degrees. Very often foreign candidates are overlooked because hiring managers are not familiar with their degrees or credentials. Have clarity on what are the essential skills to do a job and those that can be learned once in the role. Some IT companies are successfully increasing their proportion of women by hiring women from other industries and providing them with training on the IT specific skills.

Being proactive is about igniting change. It’s like lighting a fire. To make a fire, a good and long-lasting one, you need tinder, until the fire is stable. Similarly, to change the status quo regarding inclusion and diversity, you need some actions that, hopefully, won’t be necessary over time, but that are very important to overcome initial barriers until the inclusive culture is part of a team’s or organisation’s DNA. The better the weather conditions, the less you’ll need tinder. But you might need a lot of tinder to set the fire if the weather conditions are not favourable. For instance, if you’re working in an environment that’s not very open to inclusion and diversity.

Here are the three key habits to flex your proactivity muscles

Raise awareness about inclusion and diversity

Raise awareness about inclusion and diversity, and also about your commitment to it. Don’t assume candidates, team members, or recruitment agencies know how open you are to inclusion and diversity; tell them. People who are different from the majority are particularly sensitive to this type of message. I once advised a factory director to make inclusion and diversity part of the conversations with temporary workers’ agencies. Six months after, the proportion of ethnic minorities within the temporary works population had gone up by thirty percent. One of the agencies told him that prior to that conversation, they thought the factory director was not very open to diverse candidates… I met a Finance VP who always included diversity as a topic of his annual leadership team meetings. I’ve known an IT Director in the UK who printed dozens of pins to celebrate the Black History month. He wore it knowing that this would trigger people’s curiosity. As they asked questions, he could start the conversation with people and offer them the pins. Use different opportunities to raise the awareness of your team members about different diversity topics. For instance, you can bring somebody to talk to your team during the International women’s day, the European disability week, or the international day against homophobia. You can also participate and encourage your team members to participate in employee networks activities, or you can help set up one if they don’t exist in your organization.

Reach out to diverse candidates

This means taking initiatives to increase your chances of finding qualified candidates with a diverse background. For instance, you can decide that your shortlist of candidates should be diverse. This is called the “Rooney rule,” and it was introduced by the National Football League in the US as a way to increase the proportion of African American coaches. At the time, African Americans were 65 percent of players, but only ten percent of coaches. The proportion of minority coaches doubled by 2012 as a result of such rule.[iii] You can also ban “all male” shortlists; you can systematically send out your job posts to organizations specialised in disabled candidates, partner with universities that have more socially diverse students, guarantee job interviews to qualified disabled people, etc. But be careful not to discriminate members of the majority group. For instance, it’s not possible to ask for an only-women shortlist of candidates. Or to decide beforehand that you will hire a member of an ethnic minority.

Research shows that mentoring and sponsorship are the biggest accelerators in people’s careers. Mentoring is said to increase the possibility that staff will stay by on average one-third.[iv] Mentoring is guiding someone. Sponsorship is advocating for someone.

Mentoring and sponsorship help diverse people to understand the unwritten rules of the corporate political game, to boost their confidence, to have access to opportunities. Given the power of affinity bias, people who are different from the majority tend to lack in their networks influential decision makers.  We tend to informally mentor and sponsor people who look like ourselves. Take a moment to think about the protégés you’ve had in your life. And those who have helped in your career. How similar were they to you? How about reaching out to people with different backgrounds facing barriers to enter and to progress in the workplace? You can informally mentor and sponsor people inside and outside your organisation. But it’s important that your mentoring or sponsorship effort is authentic. You’ve got to build a trust relationship with your mentee or protégé; otherwise, it won’t work. Check if your company has mentoring or sponsorship programs you could join. You can also promote cross-mentoring within your team by pairing together people from different ages, different cultures… Look at mentoring and sponsorship as reciprocal relationships, as they also provide you with an opportunity to learn about the challenges and expectations of diverse people.

This article was also published on Huffington Post. To get my weekly articles and videos directly in your inbox, sign up for my newsletter.

Check out my Inclusive Leadership Program that empowers business leaders and managers to attract and inspire diverse teams and increase team performance as a result.

THAIS COMPOINT is an internationally acclaimed author, speaker, trainer and consultant specialising in inclusion and diversity in the corporate world. She is the founder of Déclic International, a consultancy based in the UK, the author of the book “Succeed as an inclusive leader”, and a regular Huffington Post contributor.  She has led the diversity strategies of three Fortune 500 companies, and received thirteen awards worldwide, including the Diversity Leader Award in the US as one of the diversity specialists who advanced diversity in the corporate world.