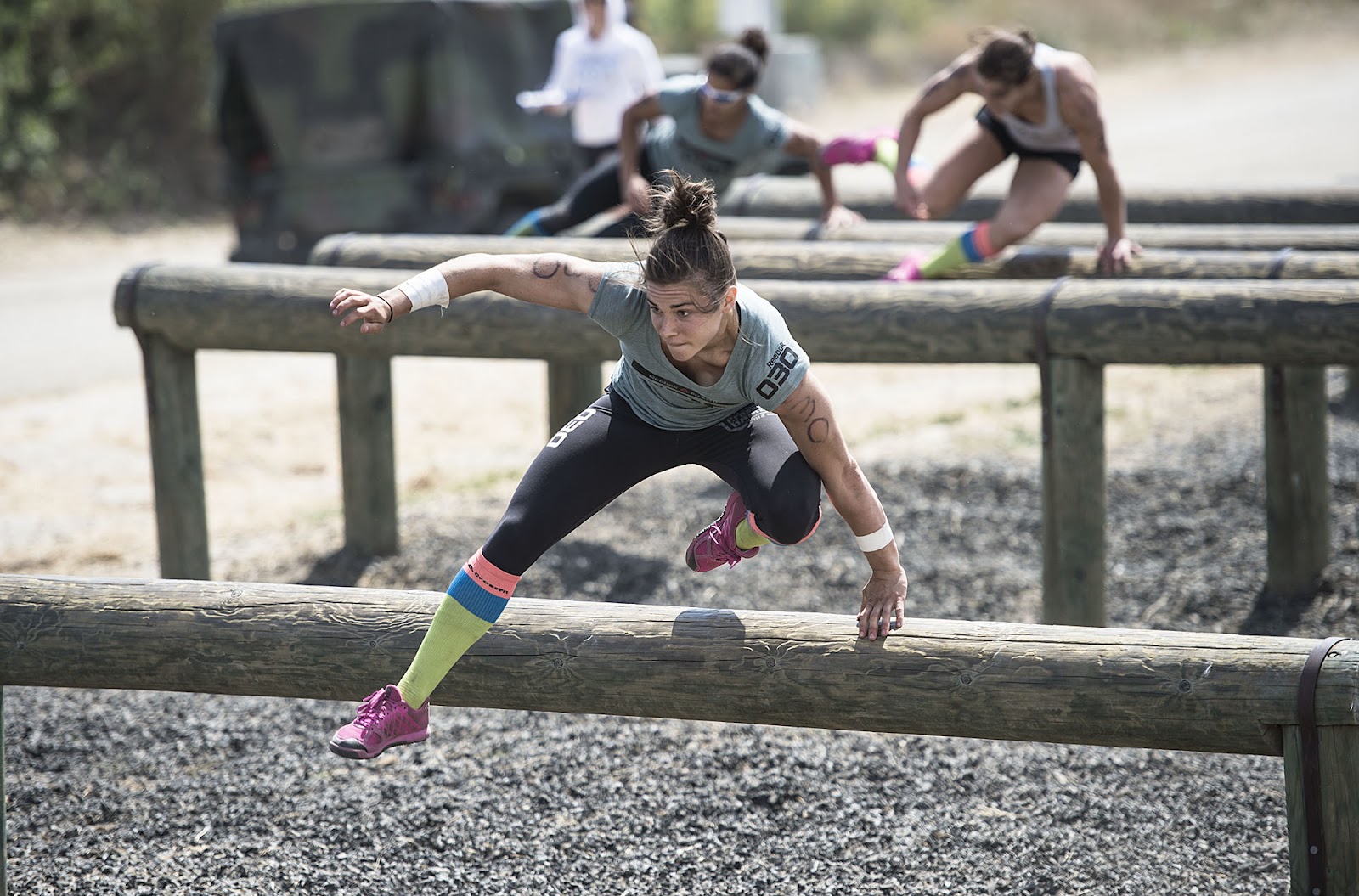 This is the second part of a three-part blog series about gender balance. Today we’re looking at the key barriers for gender balance in the corporate world.

The barriers to achieving more gender balance are related to biases, to the work culture and organisation, to women’s internal barriers and lack of leadership support.

Male performance is often overestimated compared to female performance. A meta-analysis of 111 studies from 1970 to 2012 with data from over 22,000 participants[1] showed that there was a preference for men across industries and occupations in hiring, promotion, compensation, competency, and job performance in a range of occupations and industries. There was a pro-male bias across all jobs, especially those considered ‘male-dominated.’ But there was no pro-female bias for stereotypically ‘female’ occupations. The pro-male bias can be hard to pinpoint at times. I’ve seen an organisation where succession planning seemed quite gender balanced at first glance. But when you looked closer, most women were not considered “ready now” for a new position, whereas most men were.

Many studies show that the pushback—or “motherhood penalty”—women experience when they have kids is the strongest gender bias. Motherhood triggers assumptions that a woman is less competent, less committed, and less available to her career.[2] A survey in the UK showed that nearly half of working women are nervous about telling their boss they are pregnant.[3] And eleven percent of women in the UK are pushed out of their jobs after maternity leave.[4] In France, another survey showed that 37 percent of women between 30 and 39 years were asked during a job interview whether they were planning to have children.[5] The “motherhood penalty” has been proven again and again but more recently researchers have also noted a “fatherhood bump”. Experiments from Cornell University showed that women with children were 50 per cent less likely to get a response from an employer and were offered salaries of around $11,000 less than women without children. Men with children were slightly more likely than any other applicant to get a call back for interview and were offered salaries of around $2000 more.[6]

Men and women tend to associate leadership with more masculine traits such as strength, assertiveness, confidence. And men and women don’t judge the same traits in a woman as positively. A directive woman tends to be viewed as “bossy.” I’ve observed several discussions during talent management reviews where women were criticised for being too “aggressive.” I’ve rarely seen this remark made about men under review. At the same time, a woman exhibiting a typically feminine leadership style, more collaborative, asking more questions rather than giving orders, will be considered too “soft” for a leadership role. Studies also show that the more powerful a man is, the more likeable he becomes. Whereas for women, the opposite is true—the more powerful a woman becomes, the less likeable. Sheryl Sandberg has described this phenomenon very well in her acclaimed book, titled Lean In. For these reasons, women tend to be appointed less to leadership positions.

The benevolence bias consists in associating women with vulnerability and the need for protection. This has at least two negative implications for women’s career progression: First, they tend to be given fewer stretch assignments and positions. Typically, women with small children tend not to be considered for international assignments, as managers assume this would be too challenging for them. Second, women get less constructive feedback as managers fear the emotional reactions of women. It’s true that, in general, women tend to be more emotional than men. A study showed that women shed tears as much as eight times more often than men. And when women cried, the duration of crying was three times longer.[7] But this is not a sign of weakness. It’s mostly a result of socialisation, as women are given more permission to cry than men.

Society’s expectations are not the same on men and women regarding their roles raising children, carrying out household chores or looking after ageing parents. Things are progressing, but around the world, women still spend two to ten times more time on unpaid care work than men.[8] A McKinsey study also showed that about half of the women tend to be both primary breadwinners and caregivers, while most men are primary breadwinners, but not primary caregivers.[9] The double burden women face is clearly a reality. Therefore, the “anytime anywhere” culture and the lack of flexible working options have a disproportionately negative impact on women.

Sadly, ordinary sexism is still a key obstacle for gender balance in the workplace. Such behaviours are particularly strong in male-dominated industries. They make women feel like outsiders and discourage them to both apply to jobs or remain in such environments. I’ve run several focus groups in male-dominated companies. Women often share stories about how they feel disrespected and how ashamed they are to talk about it. A typical thing they say: You get used to it until you get fed up with it and leave. Often male colleagues don’t even realise how inappropriate some behaviours may be. In France, a study showed that eighty percent of women have experienced sexist behaviours at work.[10] According to a UK survey, the most common sexist behaviours women must put up with are: being expected to make the tea (43 percent of surveyed), enduring sexual innuendos (38 percent) or having appearance or clothing commented on (33 percent).[11] Some team cultures that are not exactly sexist can put off women when they are too masculine, too competitive, with rough language, and ongoing banter. I’ve seen this happening in a sales team in Norway, for example.

Several studies show that women tend to be less confident in themselves than men, even if they have similar ambitions to progress in their careers.[12] For instance, women tend to apply for jobs only when they fulfil 100 percent of requirements, whereas men apply for jobs even if they only fulfil 60 percent of requirements.[13] In a group of women and men with similar performances, the women will tend to under evaluate themselves, whereas the men will tend to over evaluate themselves. Women tend to blame themselves when they fail and credit external circumstances when they succeed, whereas men tend to do the opposite. Due to this confidence gap, women also tend to negotiate their salaries four times less than men, and when they do, they ask for thirty percent less.[14] Self-censorship is one of the many negative implications of this lack of confidence that’s only reinforced by the scarcity of female role models at leadership positions and in traditionally male-dominated industries.

Women have been conditioned at school, more than men, that a good job is automatically rewarded, something called The good girl syndrome. While this approach works well at school, it doesn’t work in corporations. To progress in your career, it’s not enough to do a good job. Others need to know what you’re capable of. Women, compared with men, have less of the attitude and the network required to succeed in this type of environment. Women tend to be less comfortable than men communicating about their accomplishments. They fear being viewed as bragging and self-promoting. They also tend to spend less time networking than men, as they don’t view networking as necessary and they also have less time, given their double burden. For all these reasons, highly political corporate environments that demand strong politics skills, and where invisible networks are very influential, tend to be less favourable to women.

Men and women don’t share the same vision of gender equality. Overall, men tend to underestimate the difficulties faced by women and the benefits of having more gender diversity. A study showed that 93 percent of women believe that “women have more difficulties reaching to top management positions,” compared to only 58 percent of men.[15] Other study found that only 24 percent of male board members believe having diverse boards increase company performance, compared to 89 percent of female board members.[16] A survey in the high tech industry found that while, for men, the key gender diversity barrier was the classic pipeline excuse, There are no women to recruit, for women, unconscious bias was the key barrier.[17] The less men are aware of their male privilege and the difficulties women face, the less supportive they are of gender diversity measures. If a man fails, will he ever be told that it’s because you’re a man? Most probably not, and this is male privilege. Because many women are reminded of their gender when they fail, amongst other things. Men happen to be the majority of senior leaders, those with the power to change the status quo. For change to happen, more men need to champion gender equality. When Madonna received the Women of the Year Award during the Billboard Women in Music 2016, she gave a truly enlightening speech about the challenges she faced as a woman; check it out. [18]

The lack of knowledge about what to do

Even when leaders are aware of the barriers faced by women, and convinced of the benefits to promote gender balance, often they don’t know what to do. A McKinsey study showed that 49 percent of managers don’t know what to do to improve gender diversity.[19] That’s one of the most common questions I’m asked by male leaders who want to promote gender balance: “What can I do to move the needle?” “What am I doing wrong?”

[3] Mums-to-be fear telling the boss: Half of working women are nervous about telling manager they are pregnant, Daily Mail, July 2013.

[4] Jenny Garett, Women pushed out of work after maternity leave, 3 Plus International, February 2017.

[6] Jamila Rizvi, Why the worst decision for women is the best for men, news.com.au, February 2017.

[8] Unpaid Care Work: The missing link in the analysis of gender gaps in labour outcomes, OECD, 2014.

[16] Board governance in the age of shareholder empowerment, PwC, 2016.

[17] Biz Carson, This chart shows why it’s so hard to fix the diversity problem in tech, December 2016.